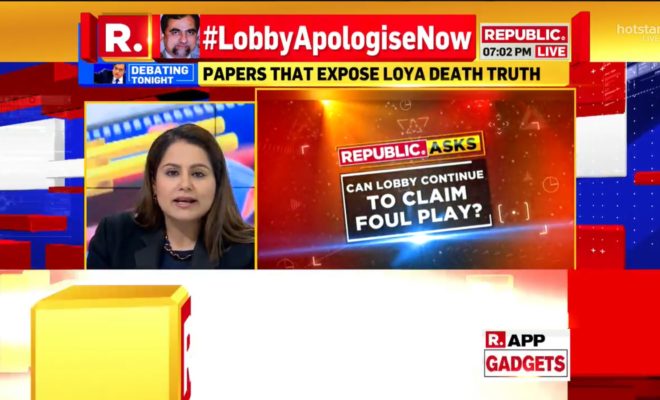 In a big development in the Judge Loya case, the Maharashtra government has confirmed on Monday in the Supreme Court that 4 judges have given written testimonies that there was no foul play involved in the case.

The case is now transferred out of Bombay High Court to the CJI bench; the Supreme Court will now hear all petitions in the case.

Supreme Court has also directed all the parties to file all the documents they are in possession of with regard to the Justice Loya death Case. CJI headed 3-Judge bench has said that all documents, all petitions is to be put

Republic TV has exclusively accessed the testimonies provided by the four judges:

‘In a car we took judge Loya to Dande Hospital. After initial checkup, doctor advised to shift him to another hospital’

‘When I took the car in the porch of Meditrina Hospital, Shri Loya Sir didn’t wake up and rushed on a stretcher to ICU’

Judge Loya, who was hearing the sensitive Sohrabuddin Sheikh encounter case, had allegedly died of cardiac arrest in Nagpur on December 1, 2014, when he had gone to attend the wedding of a colleague’s daughter.

However, Loya’s son had on January 14 said in Mumbai that his father died of natural causes and not under suspicious circumstances.

The top court had asked the Maharashtra government earlier in the month to submit the postmortem report of the CBI judge who had died under mysterious circumstances, asserting that the “matter was very serious.”

According to reports, Maharashtra-based journalist B.S. Lone and activist Tehseen Poonavala had filed independent pleas seeking a fair probe into the mysterious death of Justice Loya, who was hearing the Sohrabuddin Sheikh fake encounter case, in which various police officers and the Bharatiya Janata Party (BJP) president Amit Shah were named as parties.

Krish Vaidya
← Previous Story When Arun Jaitley tried to give free hand to Gandhi’s on The National Herald Fraud
Next Story → Its Official:Aaditya Thackeray elevated as Shivsena Leader takes decision to