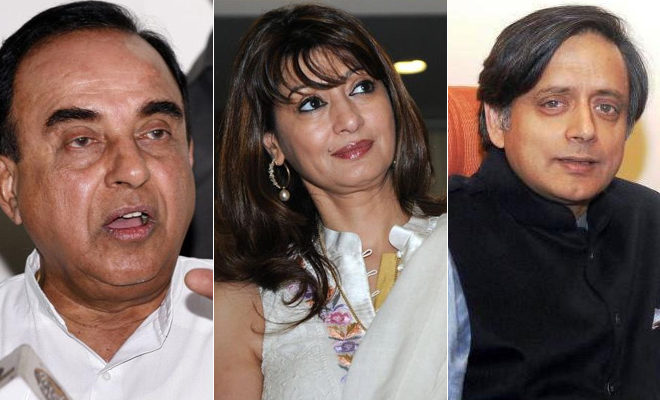 In a massive development in the Sunanda Pushkar Murder case, the Supreme Court on Monday asked BJP leader Dr Subramanian Swamy to satisfy it on the aspect of maintainability of his plea seeking an SIT probe into the death of Sunanda Pushkar in 2014.

Swamy has moved the apex court after the Delhi High Court had in October last year dismissed his plea seeking a probe by a court-monitored Special Investigation Team (SIT) into Pushkar’s death.

Appearing in the Supreme Court, Dr Swamy was told by a bench comprising Justices Arun Mishra and Amitava Roy that he has to first satisfy the court on whether his plea was maintainable.

“Before going into merits, we need to be satisfied on maintainability,” the bench told Dr Swamy who said that it is a matter of public interest.

Dr Swamy informed the bench that the Delhi Police hadn’t concluded the investigation yet, causing the shocked judges to ask repeatedly: “They haven’t reached any conclusion yet?” Dr Swamy added that it took nearly one year for the Delhi Police to lodge FIR in the case and the post-mortem report said that Pushkar had died an unnatural death.

The bench asked him to argue on the issue of maintainability and posted the matter for hearing after three weeks.

“I am happy Supreme Court Order asks me to argue the maintainability question first in view of the matter is serious. Court asked has Delhi Police decided yet?”

Shortly after, Dr Swamy also tweeted regarding Republic TV’s exclusive Monday newsbreak about a letter from the Enforcement Directorate (ED) to the Delhi Police regarding the pending information the latter hadn’t shared thereby exposing the Delhi Police’s lack of cooperation, stating that he’d be raising it in the Supreme Court:

“I will file IA (interlocutor application) in SC asking Delhi Police be asked why they are not complying with ED request for documents after Delhi Police telling Enforcement Directorate what motive is IPL scam.”