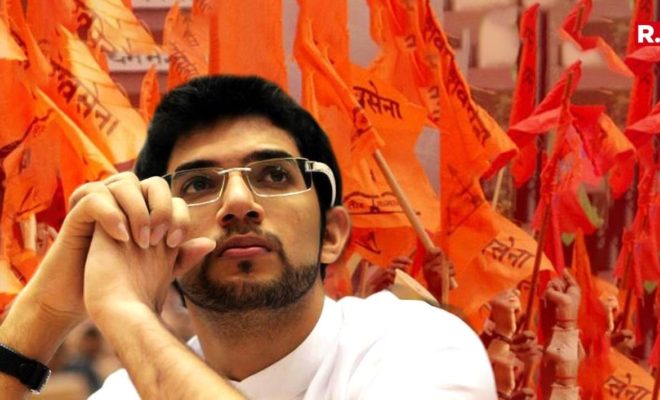 Its Official:Aaditya Thackeray elevated as Shivsena Leader takes decision to

Yuva Sena President Aditya Thackeray was on Tuesday elevated to the position of Shiv Sena leader. In the meeting, called on the birth anniversary of Party founder Balasaheb Thackeray, the Uddhav Thackeray-led party announced that Aaditya will now be included as a member of Shiv Sena’s National Executive. Sources within the party tell Republic TV that Aaditya will play a key role in ‘changing the fortunes’ of the party.

Furthermore, during the course of the meeting, in a massive announcement, Sena leader Sanjay Raut added that the party will break their alliance with the BJP for the upcoming Lok Sabha and Assembly polls. Sena is currently eying 25 seats in the Lok Sabha and 150 assembly seats. Shiv Sena has been the oldest alliance partner of the NDA.

Sena MP Sanjay Raut said, “Sena will fight the 2019 election with pride. We don’t need anyone”

Decision of Shiv Sena to go alone in 2019 was taken in the Party's national executive meet, Sanjay Raut had moved a resolution in this regard. pic.twitter.com/yVxfYBHO9w

We will fight elections in every state for the cause of Hindutva , I take this vow today: Uddhav Thackeray in Mumbai pic.twitter.com/GpbQVWezUl

PM calls himself 'Pant Pradhan',all he does is travel abroad,he took Israeli PM to Ahmedabad,why not to Lal Chowk in Srinagar? Why couldn't he have done a roadshow in Srinagar? Had he hoisted tricolour in Lal chowk,we would have felt sense of pride towards our PM:Uddhav Thackeray pic.twitter.com/EEIW6jcB9i

Meanwhile, Tuesday marks Shiv Sena’s founder Bal Thackeray’s 91st birth anniversary.  Thackeray, who had been an influential figure in Maharashtra, began his professional career as a cartoonist with the English language daily ‘The Free Press Journal’ in Mumbai, but left it in 1960 to form his own political weekly ‘Marmik’.