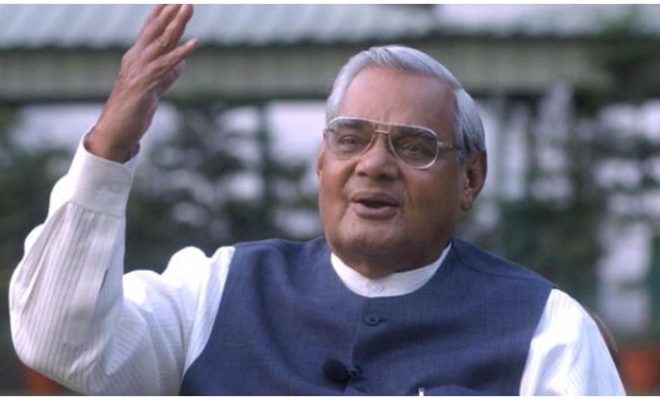 Former Prime Minister Atal Bihari Vajpayee was an orator par-excellence, a meaningful politician, spirited statesman and BJP’s tallest leader. Vajpayee, who was admitted in AIIMS hospital in Delhi, was in critical condition and was put on life support system. While the 93-year-old is fighting a hard battle, there were also millions of people who were praying for him in the country and even beyond but even that couldn’t save his life from Yamraj. May his soul rest in Eternal peace. Om Shanti

A look at some of the quotes by Atal Bihari Vajpayee, a poet by heart

1. “Truth cannot be hidden for fear that somebody would exploit it”

2. “You can change friends but not neighbors” 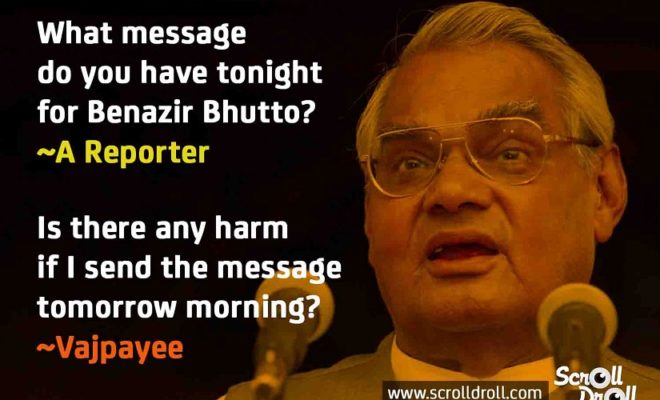 You’ll not know what hit you! 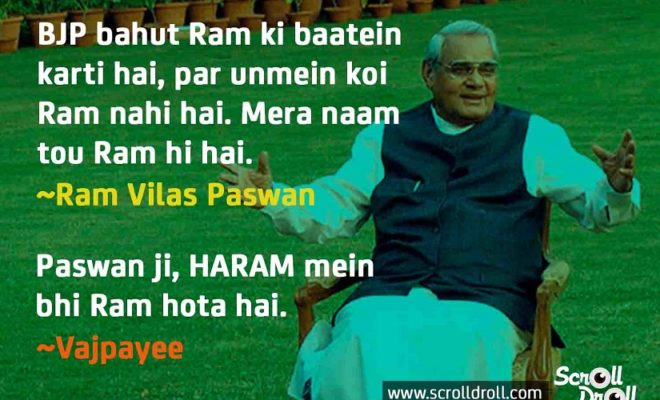 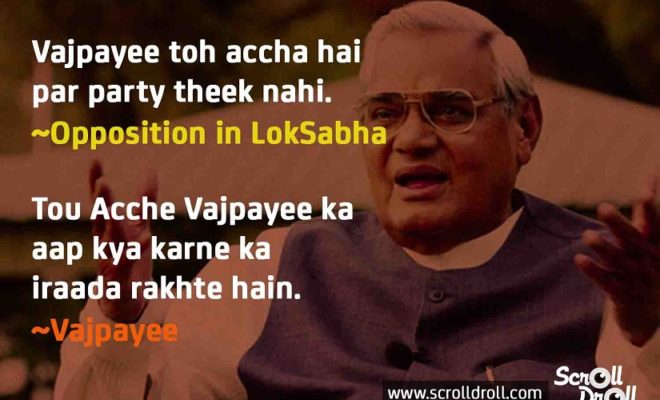 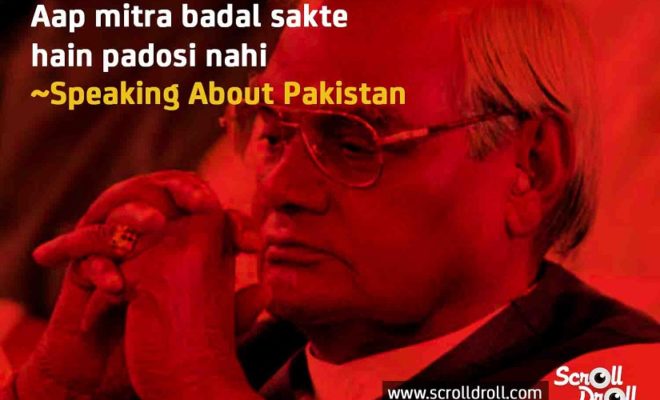 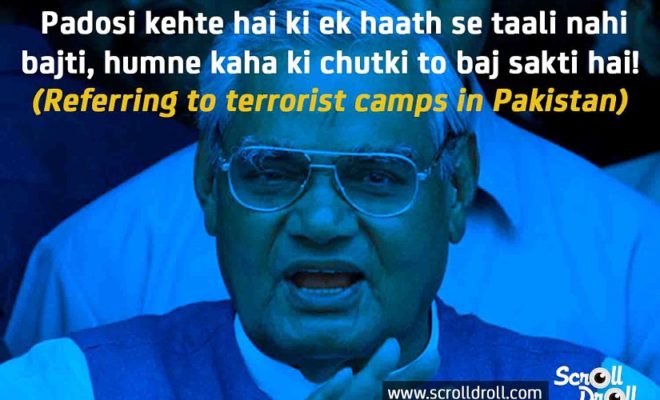 Words that hold water even today 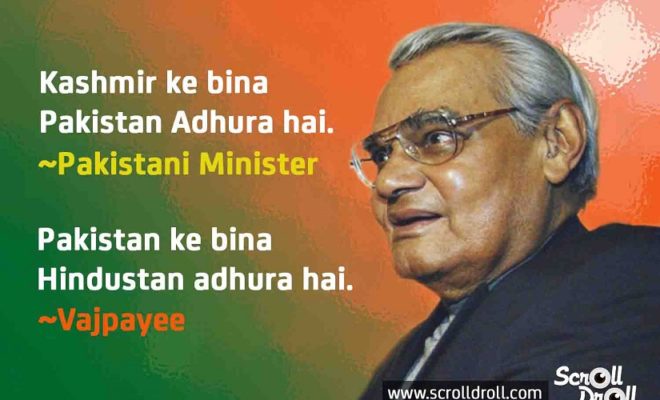 There’s always a path of love (and humour) 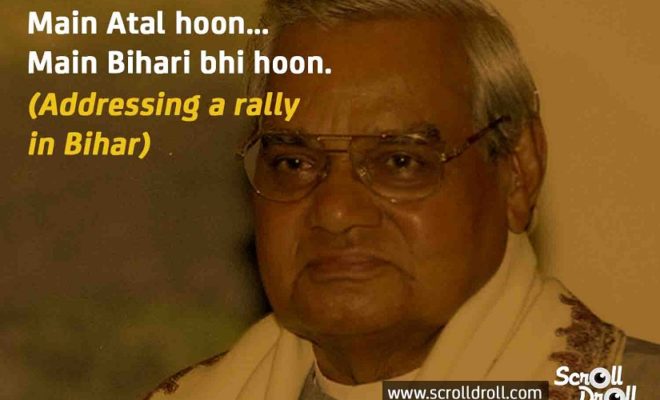 An argument no one else can use…

Amusing, charismatic and intelligent, Atal Bihari Vajpayee is a gem of a politician who led India boldly and astutely throughout his run as the Prime Minister. He is among the most celebrated and respected leaders of India who continues to inspire us!

What do you think of the King of Oratory? Let us know in the comments below!