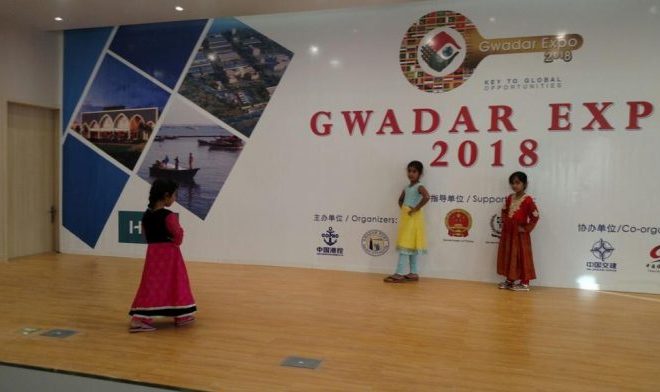 Pakistani planning and development Ministry is reeling after embarrassing turn of events as China declares Kashmir part of India in official posters displayed on the so-called “Gwadar-Expo” event.

In an embarrassment for Pakistan, the Chinese official posters portrayed Kashmir as part of India during the much-hyped “Gwadar-Expo”, The Balochistan Post correspondent reported from the event.

The exhibition, jointly arranged by Gwadar Port Authority (GPA) and China Overseas Port Holding, was attended by foreign diplomats, entrepreneurs and over 5,000 business representatives from all over the world, but mostly from China.

Pakistan considers China its biggest ally against the arch rival India in the region. However, analysts believe the posters in a way depict the official position of China regarding the disputed region.

“What is even more surprising is that an attendee of the event pointed out the maps on the posters, which at that point were not discovered by any organizers of the event.”, TBP’s correspondent reported.

A local attending the event told TBP that this whole situation truly infers how much the claims of developing a world class Port City in Gwadar lack substance.

It is pertinent to mention that Baloch political and armed organisations oppose China-Pakistan nexus in the region and cite the disputed political position of the region dating back to 27 March 1948, when Pakistan ‘forcibly annexed’ Balochistan with Pakistan.

In a statement released yesterday, the most active armed organisation of Balochistan, Balochistan Liberation Front (BLF), warned foreign investors against investing in Balochistan. “We will target any projects that are imposed on Baloch nation against its will,” the organisation’s spokesman Gwaharam Baloch said.