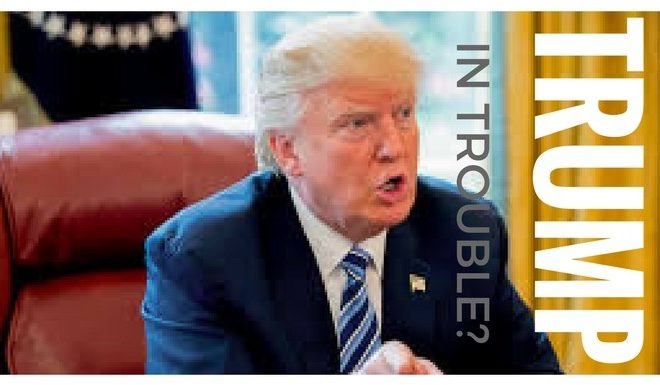 US Congressman Nunes in a memo alleges FBI is partisan

Is President Trump trying to deflect the RussiaGate investigation of Special Counsel Robert Mueller, who is going to be questioning soon? All indications point to this as the White House leaked a memo written by House Intelligence Committee Chairman Devin Nunes who makes numerous allegations (without basis) that the FBI was corrupt and in league with Hillary Clinton[1].

Washington’s frenzied anticipation over the once-secret Republican memo was finally placed to rest Fri when President Donald Trump declassified the record and the House Intelligence Committee posted it online.

Here are the main elements from what’s referred to as the Nunes memo, whose text can be read here.

The memo says then-FBI Deputy Director Andrew McCabe testified he believed a court wouldn’t normally have approved the warrant for the surveillance of Trump advisor Carter Page were it not for information that was contained in a dossier assembled by former British spy Christopher Steele.

But it is unclear from the memo if the information about Page existed elsewhere. Just that the info was in the dossier. Therefore the FBI could have gotten the information from different sources and methods than Steele did, and reached the same conclusion.

The 35-page so-called Steele dossier contains a number of pieces of raw intelligence about the alleged behavior of Trump campaign officials and Trump himself with regards to Russia. Are all these true? The answer is neither Yes nor No. The FBI could have obtained the same information from other methods and might be reluctant to divulge their sources.

While the Republicans are eager to place the blame at the doorstep of the Democrats, it is not clear if Hillary knew of the Steele dossier until very late, if that. It was a conservative (meaning someone who leans Republican) billionaire Paul Singer, who had commissioned Steele to do the dossier through Fusion GPS.

This seems to be the motive. Use some grounds to discredit FBI, and through that, its ex-Director Robert Mueller, who is the chief investigator of RussiaGate. Trump, the White House, and the Republicans cannot explain this “Hillary bias” when asked the question, “Why then did Comey order a fresh investigation into Hillary’s email servers” just days before the US election? If the FBI wanted Hillary to win, then they could have looked the other way!

When all is said and done and the dust settles, the world may find out a start truth – a truth that it may not be able to digest.