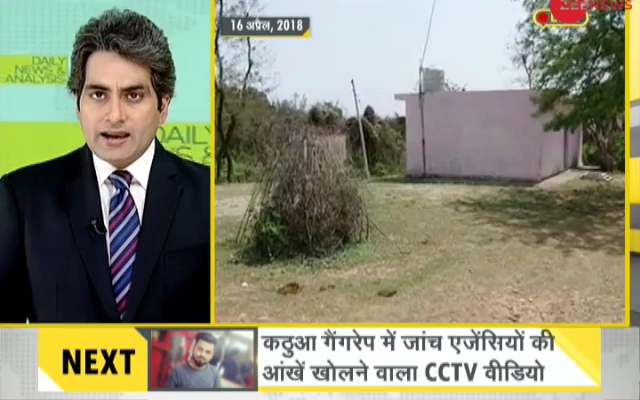 #KathuaKaSatya: The Biggest Revelation on Kathua case by Sudhir Chaudhary

An accused in the gangrape and murder of an eight-year-old girl in Jammu and Kashmir’s Kathua that sparked widespread protests has failed in his first-semester college examination, an official at the Chaudhary Charan Singh University in Meerut said on 20th April.

Vishal Jangotra has claimed that he was appearing for his exams when the Kathua gangrape and murder took place.

The crime branch of Jammu and Kashmir police, however, has said in its charge sheet that Vishal Jangotra was present in Kathua during the exams. It also said that Jangotra, the son of the main accused Sanji Ram, sent a proxy candidate to appear for the exams.

But in one of the major Twist in the case has been put out by Sudhir Chaudhary of Zeenews which clears all doubt about the case and the conspiracy behind it.

After this revelation by Sudhir Chaudhary things get very clear about the case and the botched up investigation behind it. There is surely a larger Conspiracy

Full Video with more revelations and Ground report can be watched here: