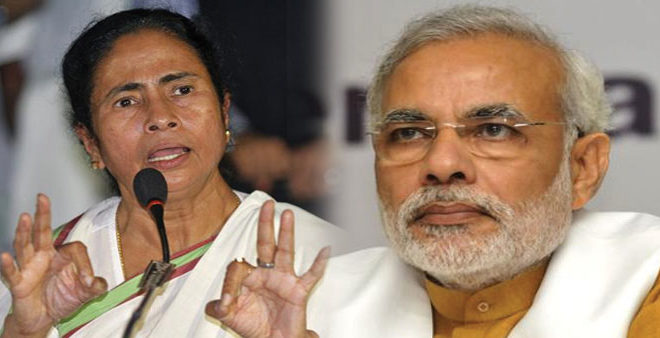 On Monday, PM Modi speaking at the BJP headquarters slammed the Mamata government over the West Bengal Panchayat violence calling it a ‘murder of democracy’. He said people were bullied and weren’t even allowed to file nominations.

He said: “There is one more thing I want to talk about…the scenes from the Panchayat Elections in West Bengal. It was nothing but a murder of democracy. From the nomination stage to the day of polling, where was the spirit of democracy? People were bullied.”

He added: “People were disallowed to file nominations also. It is not only BJP people who suffered. People from all the leading parties except the one that rules Bengal suffered. This is serious. A land as great as West Bengal has to see such sights, it is unfortunate. It is not about who wins polls….all those who are democratic minded, including friends in civil society, they must come together to strengthen democratic spirit. We cannot see things only in partisan terms.”

People weren't allowed to file nominations. It isn't only BJP people who suffered. People from all the leading parties except the one that rules Bengal suffered. This is serious. A land as great as West Bengal has to see such sights, it is unfortunate: PM Modi #PanchayatElections pic.twitter.com/hxtWIG5FtA

The West Bengal unit of the BJP today slammed the TMC for “murdering democracy” in the state during yesterday’s Panchayat polls that left at least 12 people dead and several injured.

State BJP president Dilip Ghosh alleged that the law and order situation under the present government has completely collapsed in West Bengal.

“The TMC along with SEC (West Bengal State Election Commission) has murdered the democracy in the state. They have snatched away the democratic rights of the masses. If the TMC is so confident of the development it has done then why didn’t it allow the masses to vote freely,” Ghosh said.

Widespread violence during the panchayat polls yesterday left at least 12 people dead and 43 injured, even as more than 73 per cent of the electorate turned up to cast their vote.

Opposition parties have accused the TMC of unleashing “a reign of terror and destroying democracy”. The TMC has termed the allegations “baseless”.

“Initially, they didn’t allow people to file nominations. And those who managed to do so were threatened by TMC and were asked to withdraw. The people who didn’t withdraw were attacked. This is nothing but a complete destruction of the democratic process in the state,” he said.

The youth wing of the BJP has today called a candlelight march in the city to protest against yesterday’s violence.