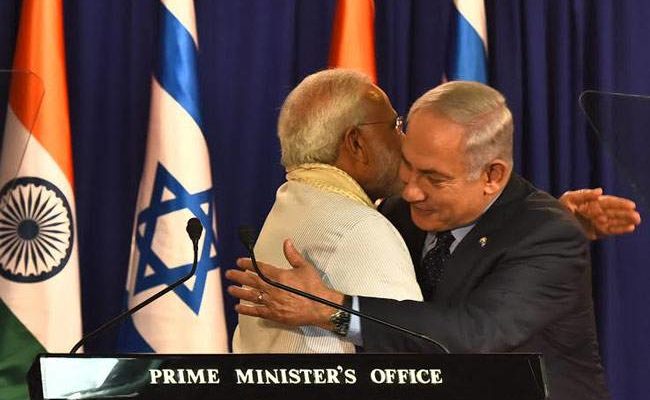 Prime Minister Narendra Modi on Friday defended his trademark hugs with world leaders, saying he was unaware of laid down protocols as he is a common man and this has become his strength, as his openness was liked by the world leaders.

Modi also said his basic nature has been “to convert adversity into opportunity”.

Days after being mocked by the Congress over his hugs, Modi said in a TV interview had he been “trained”, he too would have followed the laid down protocols of shaking hands and “looking left and right” with world leaders.

“I do not know all the protocols as I am a common man. The openness of this common man is liked by the world. Friendly relations come in handy,” he said in an interview to Zee news.
He further said, “Had I been trained like others … I too would have followed those protocols of looking right and left, had shaken hands. But I am an ordinary person … I only try to ensure that no harm ever happens to my country (due to this),”
A few days ago, the Congress had posted a tweet mocking Modi for hugging world leaders, evoking a sharp reaction from the BJP that slammed it as “immature” and demanded an apology.

“When I became the prime minister, there was criticism that Modi neither knows nor understands anything which is outside Gujarat…,” Modi said.
“Everybody used to ask me how will I conduct my foreign policy. And in a way, this criticism was right because I did not have any experience. I got the benefit of not having experience. I did not have any baggage,” he said.
Asked how he feels when he stands next to world leaders, he said, “My only feeling is that it is not Narendra Modi who is standing there but the representative of 1.25 billion people”

Krish Vaidya
← Previous Story In the Line of Fire: Real Story on Conversation between a Passenger and a Software Engineer
Next Story → This Malayalam Actor Speaks up On Killings in Kerala,Prakash Raj,Kamal Hassan silent