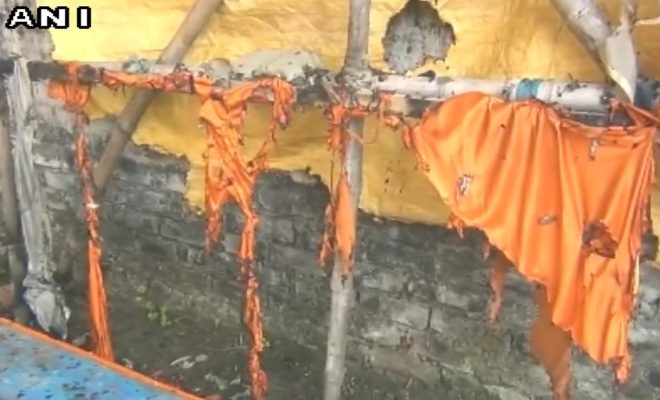 Saraswati Puja pandal and Idols of Goddess Saraswati was burnt in Howrah district Sunday night raising questions about the possible anti-social intent behind the incident.

The notorious incident occurred at Green Star Club in the Dasnagar area of Howrah. The club has been organising their Saraswati Puja pandal since 25 years.

The arrangements and decorations went on till 2 AM at night after which people left for home.

However, within an hour, the panic button was pressed for fire. Locals rushed with buckets of water while fire tenders were called in.

The organisers claim that the local goons run a centre for parking where illegal activities occur that go beyond drinking and playing cards.

Police have been informed about the incident.

“This kind of an incident cannot be done by a Hindu or a Muslim, but we are absolutely sure that it has been done by these local anti-social elements for vested interests and vengeance,” the chief of Green Star Club said.