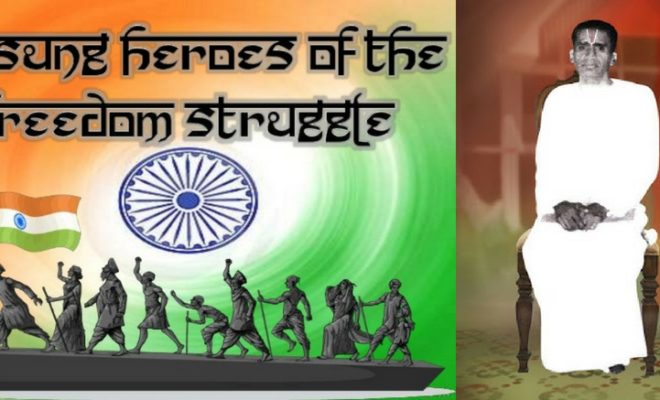 Remembering Arya Bhashyam and the UnSung heroes of freedom movement.

This article was originally published in PrimePointFoundation.In

On 15th August 2018, India celebrated her 72nd Independence Day.  During the freedom struggle, many patriots had come out and fought against the British Raj, spending the prime of their youth in prisons. These patriots had also contributed to the independence and freedom we now enjoy. Their families suffered.  Many of these patriots’ grandchildren lead very simple lives.  Sadly, but for a few top national leaders, several thousands of great men and women are not even known to the present generation. 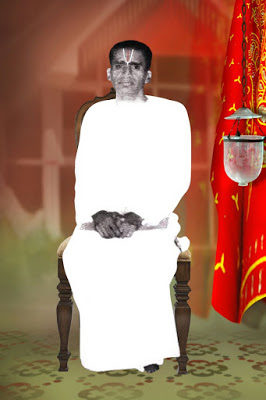 The media, especially the television channels rarely talk about the freedom struggle and the sufferings of these great men and women who struggled for this freedom.  During the Independence Day and Republic Day celebrations, the mainstream freedom fighters are lauded, with no mention about the true UnSung Heroes. Our school textbooks too recognise only a couple of the leaders of the Independence period.  Many citizens across the country prefer to spend these national holidays entertaining themselves.

Many Indians are under the impression that our National Flag has been flying atop only since 15th August 1947.  Very few are aware that on 26th January 1932 at 2 am, someone had dared to bring down the Union Jack and hoist the Indian Tricolour at the prestigious flag post of Fort St. George at Madras. This was by a 25-year-old vibrant youth named Arya K Bhashyam.

In 1919, as a young 12-year-old student, K Bhashyam (Arya was his pen name) was disturbed to hear about the massacre of hundreds of innocent people at Jallianwala Bagh by General Dyre.  He was also inspired by Vanchinathan, who shot and killed Collector Ashe in 1911 and later killed himself at Maniyachi Railway station. Bhashyam purchased four pistols secretly to kill the then Governor of Madras Province and later shoot himself.  However, when he stood before the Governor face to face, ready to shoot him, a spark crossed his mind and he resolved not to resort to violence, but follow Mahatma Gandhi.

Spurred by Lokmanya Bal Gangadhar Tilak’s vision of Swaraj, Bhashyam became a firebrand revolutionary and dared several feats of protesting against the British colonial rule. He was imprisoned several times and tortured by the police.

The Fort St. George, Madras was built in 1644 by the British rulers as their first fortress in India. In 1687, they erected a 148-foot high flag post made of teakwood to stand as the tallest in the country. The Union Jack used to be hoisted on that flag post every day. The British considered these two among the most prestigious emotional accomplishments by them. 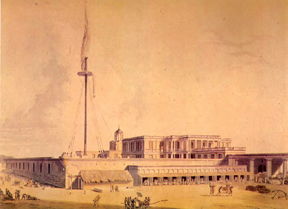 Fort St George and the Teakwood Flag Staff (100 years ago)

26th January was considered the Swarajya Day by the Congress leaders then. Bhashyam wanted to hoist the Indian Tricolour on the Flag Post on Swarajya Day in 1932. Two days in advance, he personally made a large tricolor flag, using his dhoti and wrote in Tamil “இன்றிலிருந்து இந்தியா சுதந்திரம் அடைந்தத்து” (“From today India has attained independence”). He tied the tricolor dhoti on his waist to skip the notice of the security personnel. In the early hours of 26th January 1932 at 2 am, he arrived at the flag post. Arya Bhashyam shinned up the 148-foot flag post, removed the Union Jack from the ropes and hoisted the Indian tricolor. The Union Jack was torn into pieces.

No doubt, seeing the Indian tricolor flying atop the flag post infuriated the British and two days later, they arrested Arya Bhashyam and sentenced him to rigorous imprisonment in the Central Jail.  He was treated as a ‘dangerous prisoner’ and kept in quarantine.  Netaji Subash Chandra Bose was also brought to the Madras prison during that time.  Both Arya Bhasyam and Netaji became close associates.

In an exclusive interview with the All India Radio during the 1970s, Arya Bhashyam described the torture he faced with the police in the jail.  He said he was given 30 lashes for questioning their atrocities.  He continued to shout ‘Vandemataram’ while he was being given the lashes by the police.

Bhashyam was an artist and sculptor.  After independence, he returned to a quiet and simple life.  He refused the pension given to freedom fighters.  He died in 1999 at the age of 93.  It is also reported that he studied at National College, Tiruchi.

The Indian tricolor was hoisted in all the states, including Delhi on 15th August 1947.  But Bhashyam accomplished this, way back in 1932.

Today, only a few records have registered his achievements.  With great effort, PreSense traced his only available photograph.  The teakwood flag post was replaced in 1994 with a steel replica by the State Government.

In every district of the country, there were thousands of such Arya Bhashyams, who are not known to the present generation.  Both the Central and the State Governments should initiate efforts to identify these UnSung warriors and inform about their contributions, for the knowledge of the present generation. PreSense salutes these great men and women, who had contributed to India’s freedom.