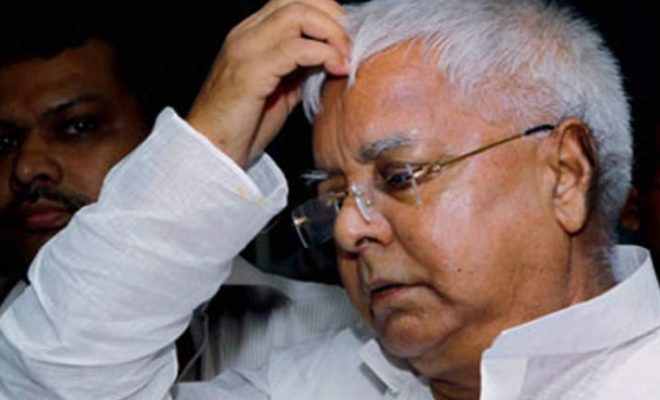 Special CBI court judge S S Prasad delivered the judgment in the case, which pertains to fraudulent withdrawal of Rs 33.67 crore from Chaibasa treasury in 1992-1993. 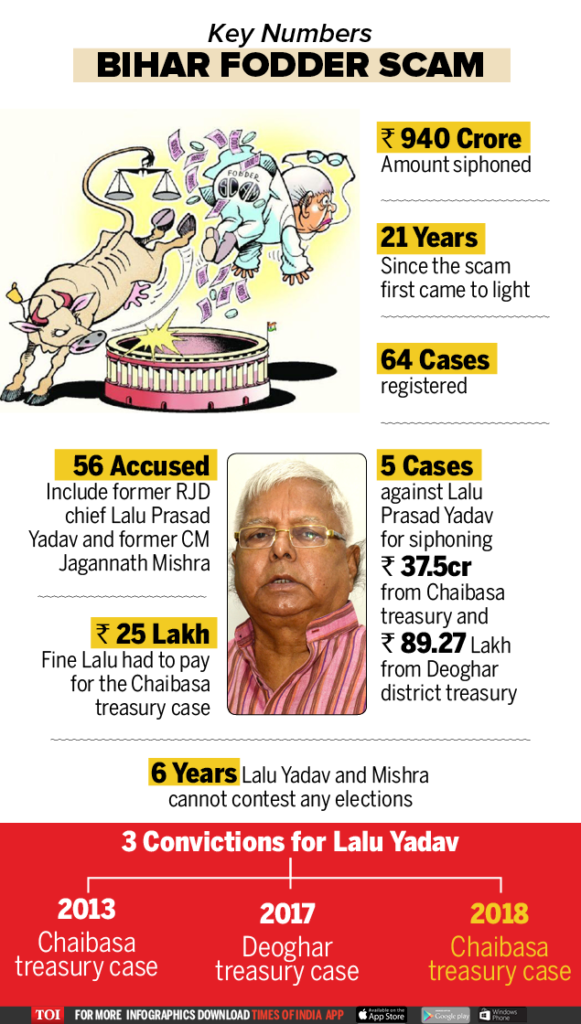 The allegation is that fake allotment letters were used to withdraw Rs 33.67 crore instead of the state sanctioned amount of Rs 7.10 lakh.

Lalu’s son Tejashwi Yadav claimed there was a conspiracy by the Nitish Kumar government to frame the RJD chief and asserted that they’d be challenging the verdicts in all three fodder scam cases in a higher court of law.

“People know how BJP, RSS and more importantly Nitish Kumar have conspired against Lalu ji. We will approach higher courts against all these verdicts,” Tejashwi told ANI after today’s judgment.

People know how BJP,RSS and more importantly Nitish Kumar have conspired against Lalu ji. We will approach higher courts against all these verdicts: Tejashwi Yadav on Lalu Yadav convicted in third fodder scam case pic.twitter.com/z8vnudcSBe

In all there are 56 accused, including former chief secretary of Jharkhand Sajal Chakraborty. Sajjal was deputy commissioner of West Singhbhum district when the alleged fraudulent withdrawal had taken place.

urrently, Lalu Yadav is in Birsa Munda Central Jail of Ranchi, as he was awarded a three-and-a-half year sentence on January 6 this year in a fodder scam relating to fraudulent withdrawal from Deoghar treasury.

Lalu Yadav was first convicted in a fodder scam case in 2013 and was awarded five years’ imprisonment.

Krish Vaidya
← Previous Story Shoe Hurled at Asaduddin Owaisi in Mumbai
Next Story → Sitaram Yechury wants to impeach CJI,Swamy has a suggestion for him