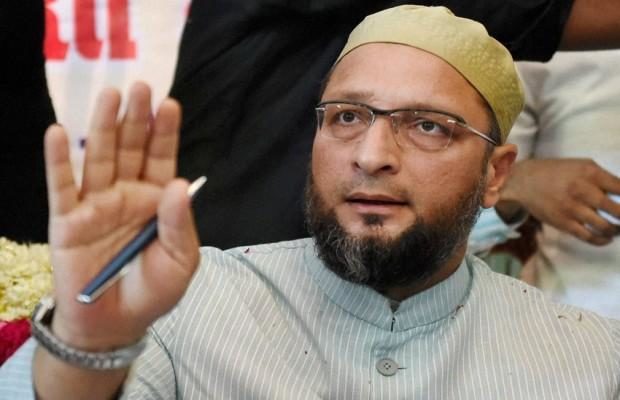 A man on Tuesday hurled a shoe at AIMIM chief and MP Asaduddin Owaisi while he was addressing a rally at Nagpada junction in south Mumbai. The rally was halted briefly and the situation was brought under control as the AIMIM volunteers tried to ease the crowd which had started dispersing. The police informed that Owaisi was not hurt in the incident as Security saved him from getting hit.

A case has been registered against some unidentified people, the police said. Deputy Commissioner of Police, Zone-III, Virendra Mishra said that they are going through the CCTV footage and probing the matter.

The AIMIM chief was speaking against the triple talaq bill, a part of the Tahafuz-e-Shariat (preservation of the Shariati) campaign when the incident took place. Unfazed by the violence, Owaisi said that his voice cannot be silenced.

“When you are on the path of truth people will lay thorns in your path. These things don’t affect me. The programme happened successfully and I spoke. Whoever did this are frustrated individuals and I would say that I move without security in the country you can do all anything that you want but not silence my voice,” he said after the incident.

He also said that people who follow “hate ideologies” get involved in such incidents. “They are getting emboldened with each passing day,” he said, adding, “These are the same people who killed Gandhi, Dabholkar and Pansare.”

AIMIM MLA Imtiyaz Jaleel said Owaisi continued his speech even after a show was hurled at him. “We do not care for such incidents. Some people and parties do not want us to speak the truth. Mr Owaisi continued with his speech (despite the incident). We simply ignore these type of acts.” he said.

Krish Vaidya
← Previous Story Busted:The real data behind who owns how much in India
Next Story → Media Caught Spreading Fake news this time on Kanchi Shankaracharya