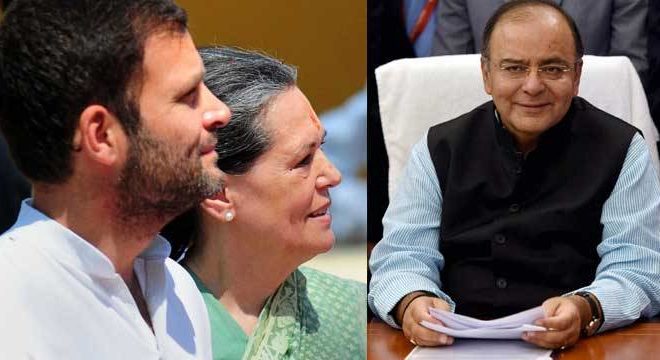 In this off-the-cuff remark of his, the Union Finance Minister Arun Jaitley shows his ignorance of Finance as well as the Law. Speaking to a TV channel in August 2014, he said that “The Congress could simply return the loan and the matter could end. There is no truth to media reports of an Enforcement Directorate inquiry in the Herald case”. Why is this wrong? Read on…

There were 1067 shareholders (many of whom were freedom fighters and not all were Congress-persons) in Associate Journals Limited (AJL), the publisher of National Herald and other newspapers. A shareholder in a company is an owner in that company. Jawaharlal Nehru had only 1 share of Rs. 10 value in it (probably one of the least owners in terms of shares). Without informing all the shareholders (or their descendants) Sonia Gandhi and Rahul Gandhi have made the company their own.

Frauds in this deal

With the new revelations of Income Tax levying a fine over Young India’s income of Rs. 414 crores and the inquiries into the source of money that was used to pay Associated Journals Limited (AJL), this is now a full-fledged scandal. Congress will try every trick in the book to delay proceedings but they have come up against a crusader against corruption and this case will go to its logical end.