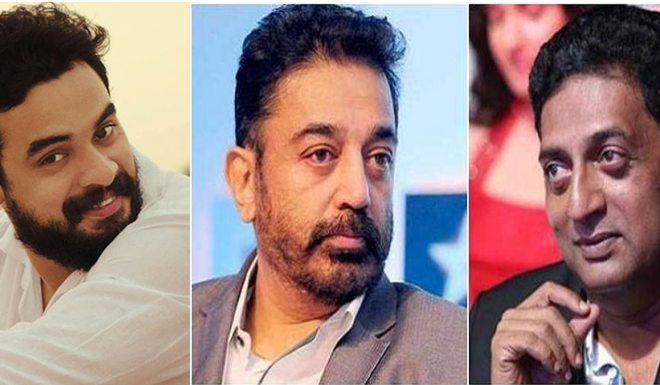 This Malayalam Actor Speaks up On Killings in Kerala,Prakash Raj,Kamal Hassan silent

Twenty-four-year-old Shyama Prasad, an RSS work was the latest victim in the political violence that has consumed Kannur in north Kerala over several decades.

Hours after Shyama Prasad’s death was reported by the media, Malayalam actor Tovino Thomas took to Facebook to express his concern over the growing violence.

“I remember clicking a picture with him while I was shooting Mayaanadhi’s climax scenes! Deeply saddened and disturbed by the news of his demise,” read his Facebook post.

“I don’t know Shyama Prasad, except for a selfie that he took with me once on Mayaanadhi’s shooting location. Reports of his demise has disturbed my sleep. How can people kill each other, whatever may the cause be?” he asked.

The actor star also noted that it is deeply disturbing to see the institutions that are morally responsible for the society’s well-being, guilty of instigating violence among people.

“The infrastructure that is instituted for the well-being of people is inflicting violence on its own subjects. Are we living in a cursed world? It feels so. Isn’t it so much easier to spread love and affection than indulge in violence?” questioned Tovino.

I remember clicking a picture with him while I was shooting Mayaanadhi climax scenes ! Deeply saddened and disturbed by…

According to the police, Shyama Prasad, was hacked to death by a gang of masked men, who stopped him while he was riding his bike. Shyama Prasad was a student at Industrial Training Institute in Kakkayangad and was the mukhya sikshak of a local RSS sakha.

Kannur district will observe a dawn to dusk hartal, organized by BJP workers on Saturday owing to Shyama Prasad’s murder. The party members have, however, decided to exempt vehicles from the hartal.

Kannur has a long history of bloodshed, with frequent attacks between CPI(M) and BJP and RSS workers.