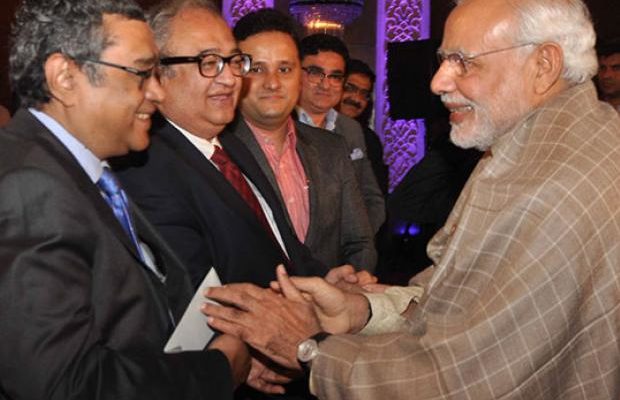 What will happen if Modi loses 2019,Swapan Dasgupta’s Fantastic Insights.

Three years and nine months is only a small blip in the history of a nation but it is long enough to set the terms of a new normal. Public memory being short and focussed on the immediate, the reality of what preceded the general election verdict seems to have gradually receded from the public imagination.

For nearly 25 years, from the time Rajiv Gandhi lost power in 1989 till Modi’s emphatic victory, India lived in the shadow of endemic political instability. True, P V Narasimha Rao and Atal Bihari Vajpayee lasted their full term and Manmohan Singh was in office for two terms. But a nominal parliamentary majority didn’t ensure stability. Rao was haunted by internal dissensions in the Congress, Vajpayee was buffeted by regional pressures and demands from within his parivar, and Manmohan had to operate within the constraints of a parallel power centre, not to mention conflicting ideological pulls and pressures. This is not to suggest that India didn’t progress in those 25 years but the forward march was slow, halting and marked by missed opportunities.

That the anxieties and tensions of those years have become history are due in no small measure to three developments.
First, the electorate gave an absolute majority to a single party. This has meant that the scope for political blackmail from supporting parties is extremely limited. The unease of the Shiv Sena, for example, stems from its inability to counter the rising clout of the BJP in Maharashtra. And N Chandrababu Naidu’s pressure on the Centre for more funds is nowhere as effective as it was in the Vajpayee years.

Secondly, within the BJP the pre-eminence of Modi is uncontested. Modi is not only the most popular mass leader in the party, he has a proven record of being able to deliver votes. The so-called 220 Club that was said to have existed prior to the 2014 outcome has melted away. Moreover, unlike Vajpayee who was never entirely successful in coping with pressures from the wider Sangh parivar, Modi is seen as being ‘our man’ by the entire RSS fraternity. With Amit Shah as the bridge, Modi has successfully evolved a convivial partnership with the RSS that concedes his right to take the final call, at least in matters of politics and governance.

Finally, on issues of governance, Modi is not prone to either ambivalence or hesitation. The Prime Minister has a set of definite priorities, determined by a blend of idealism and realpolitik, that he pushes relentlessly. His hands-on approach is quite unlike anything India has experienced at the national level for the past 25 years. He isn’t afraid of taking calculated risks — as he did with demonetisation, GST and the surgical strikes inside Pakistan-occupied Kashmir — and even thinking big, as with Aadhaar and Ayushman Bharat health insurance. Nor for that matter is he inclined to panic when confronted with political opposition. He didn’t blink over either the revolt of the intellectuals in 2015 or after the electoral setbacks in Bihar and Delhi. Indeed, Modi has revelled in taking the battle into the enemy’s camp, as marked by his no-holds-barred speech to the Lok Sabha last Wednesday.

In the past 44 months Modi has injected a spectacular measure of stability into the system. At the same time, he has enhanced the popular appetite for big change, including disruption. He has attempted to sell India a lofty dream, but a dream that puts his leadership at the centre.

Modi has reshaped India’s politics, not least by systematically marginalising the old establishment and making power brokers redundant. Along the way, he has made powerful enemies and created a unity of purpose among his opponents. For them, the political battle against the BJP has also become a personal war against Modi. This may explain why three byelection victories in Rajasthan have had Delhi’s bush telegraph buzzing with the belief that Modi is vulnerable and could lose his majority in next year’s election.
How Modi will pitch the 2019 battle is a subject of conjecture. But the possibility of electoral turbulence has excited the imagination of those who feel short-changed by political stability. As of now there is little talk of what any post-Modi dispensation will look like. Rahul Gandhi, Mamata Banerjee and Sharad Pawar seem to have different approaches and conflicting ambitions. One thing, however, is clear: if Modi loses, Indian politics will revert to its old and unsettled ways. For the moment, New India and a Modi government seem inseparable.