/> ‘Yeshu ki maya’: A song that slams the Archbishop and the conversion tactics used by missionaries - IndSpice 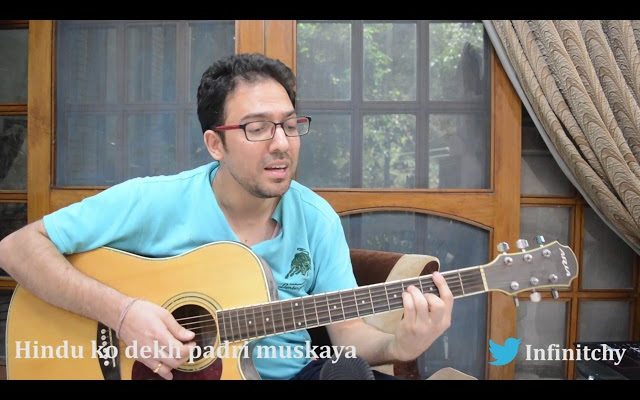 ‘Yeshu ki maya’: A song that slams the Archbishop and the conversion tactics used by missionaries

Recently, the Archbishop of the Archdiocese of Delhi in a letter to Catholics in India called for them to engage in fasting and pray for a new government in 2019. The letter states that the fasts and prayers should be held for the ‘spiritual renewal of our nation’.

Co-founder of Pragyata, Ashish Dhar, in his usual manner has composed a song on the whole controversy. In his own words, the song is inspired by the ‘Delhi Archbishop’s call to his flock in favour of ‘democracy and secularism’.

The song talks about the manner in which Christian evangelists entice poor people to abandon their native faith and convert to Christianity with offers of bags of rice. Ashish Dhar calls it “Yeshu ki Maya”. In the song, he also alludes to the myth that St. Thomas visited India. Even the then Pope admitted that St. Thomas never visited Kerala, much to the disappointment of Indian evangelicals. He also refers to the atrocities committed by St. Xavier who committed a series of atrocities against the Hindus in Goa, which columnist Shefali Vaidya has elucidated in her talk on the subject.

Ashish Dhar has also composed numerous songs on various political issues in the past. He composed a song titled, “Mandir Wahi Banayengey“, in response to secularists and liberals demanding schools or hospital be constructed at Ram Janambhoomi. In another song titled “Yeh hai Bengal meri Jaan”, he sings of the “commie-jihadi-secular” nexus in the state. In another song of his, “Don’t worry, vote BJP“, he criticizes the party for decisions which he perceives to be against the interests of Hindus.

The Archbishop’s letter has drawn flak from across the spectrum. Savio Rodriguez, former Congress leader and a Christian himself, has also slammed the Archbishop for peddling a communal agenda.