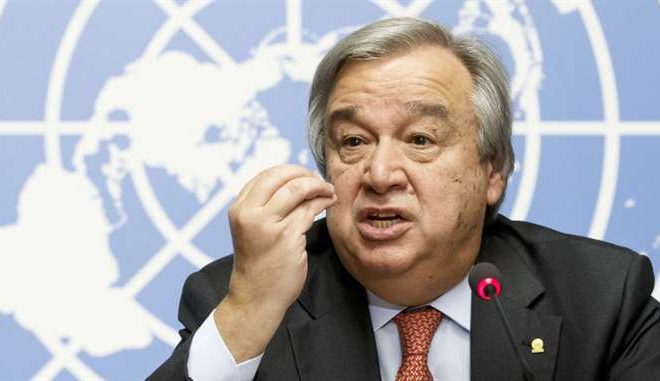 In a snub to Pakistan, the United Nations has ruled out any mediation on the Kashmir issue.

UN Secretary General Antonio Guterres said there was no role for the world body in the Kashmir issue unless both India and Pakistan agree to its mediation.

Guterres further asked both the countries to address their outstanding issues through talks.

The comments came amidst heightened tensions between the two countries along the International Border and Line of Control in Jammu and Kashmir.

UN Secretary-General’s spokesman Stephane Dujarric said that in principle, good offices of the UN chief are always available for mediation, but everyone needs to agree on involving the world body.

“We’re obviously aware. We’re following this, what’s been going on, really for the last 10 days,” Dujarric said, when asked about escalating tensions between India and Pakistan due to ongoing skirmishes and firing along the border.

“In principle good offices of Guterres are always available for mediation, but everyone needs to agree on involving the UN.

“As a matter of principle I’m not talking specifically about this issue, but about any issue where there is conflict between parties, the Secretary-General’s good offices are always available.

“As in any issue…if there are multiple parties, everyone needs to agree on involving the UN. That is true of any mediation effort,” Dujarric said.

The spokesperson added that “the Secretary-General would encourage both sides to address any outstanding issues through dialogue”.

The relations between India and Pakistan are strained following series of attacks by Pakistan-based terror groups and incidents of ceasefire violations, causing casualties on both sides.

India is opposed to any third-party intervention in resolving the Kashmir issue while Pakistan has continuously sought mediation to sort out the differences.