/> Don't wanna stand up for National Anthem? Major Gaurav Arya has a message for all - IndSpice 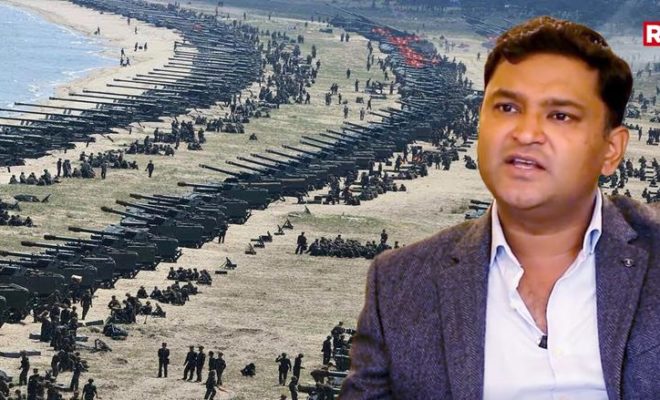 Don’t wanna stand up for National Anthem? Major Gaurav Arya has a message for all

In the middle of the National Anthem debate a few days back on Republic TV, with Arnab going hammer and tongs, Major Gaurav Arya Tweeted this:

If you can’t stand for the national anthem, don’t expect me to stand for you.

This was tweeted at night. Everything was fine till morning, when suddenly people woke up. Opinions, of which there is no dearth, started streaming in.

Twitter brings out the worst in people. Nice people get abusive, some long-suppressed emotion always bursting to come forth, vituperative and vile, like a pressure cooker with a broken whistle. I, on the other hand, take pains to be publically polite with, “Sir” and “Ma’am” frequently used. The Indian Army teaches everyone the same thing. What one takes away differs from person to person.

There was a firestorm on Twitter, and like all Twitter firestorms, lasted exactly 72 hours. But then, Indian Express chose to write a story on my Tweet, and so did ABP Live. More of that later.

It may interest you to know the emotion behind my Tweet. I am not giving justification. I stand by my Tweet. I am countering the Indian Express story. Social Media has the attention span of a goldfish. The mainstream media is a different…well, kettle of fish. Speaking of fish, the stink was unwarranted.

Last year Mahesh Bhatt said that India-Pakistan tension was a political matter, and artists should not be asked to take sides. Art is art. I wrote an article called “Malafide Intent” in which I said that the war at the border was not the soldier’s personal war. He did not know the Pakistani soldier who he was shooting at him and the Pakistani soldier did not know him. Why was the Indian soldier fighting? What if…think deeply about this…what if the Indian soldier said, “I have no personal enmity with the Pakistani soldier. Why should I risk my life?” This is as hypothetical as scenarios can get. It will never happen. But humor me. What if…?

Whether the National Anthem should be played in cinema halls is something that the governments and the courts will have to decide. I have no view on this. For the flag, we have the National Flag Code. Perhaps a detailed procedure for the anthem, too? I don’t know.

But what I do know is that when the anthem is played, we stand. I cannot wrap my mind around the refusal to stand. This “I have respect for the anthem in my heart. Why do I need to stand up and prove it?” is a shallow argument. You stand because it’s your anthem. No, not for a minute am I advocating the use of force or rule of law, in making people stand. I am just saying that they should.

Now about my Tweet, which had everyone up in arms, including some veterans. Some said, “Whether or not you stand for the anthem, I will stand at the border”. Off course you will. And off course I will, as will every soldier. We fought the 1962 war with China in canvas shoes and almost no specialized winter clothing. We had terrible equipment and shortages but we fought. Badly equipped soldiers climbed up the Kargil peaks in 1999. The saving grace was the raw courage of the Indian Army soldier. We lost 527 brave hearts. And we still fought.

We continue to have equipment and weapons, which countries like Nepal reject for atrocious quality, for example, the good old INSAS 5.56 mm rifle. It does not mean that if you do not give good weapons to the Indian Army, they will not fight. In Rezang La in 1962, we fought with stones after we ran out of ammunition.

But why does a soldier fight? Some think he is paid to fight and die and so its perfectly all right. Others are of the opinion that he has no choice, but to fight. Well, maybe they know more than I do but here is my take. A soldier fights for many reasons. He fights for the man beside him, for the paltan (the unit to which he belongs), the regiment, maybe he fights because the enemy killed his buddy, he fights for the flag and last but not the least, he fights for the anthem…that 52-second song that some people find difficult to stand for.

And will the soldier stop fighting if you and I don’t stand up for the anthem? Of course not. He fought for you and me when he didn’t have adequate clothing, weapons and ammunition. He fought when he was certain of death, and nothing else. So yes, he will fight irrespective of whether you and I stand for those 52 seconds or not. But he will ask, in his heart, why you didn’t stand. He might, in his heart and in a weaker moment, even ask himself, why he should stand when you cant? He is human. He may ask.

That’s all I did. I asked. Think of it as a cry of anguish, though I think I may be getting a little poetic here.

I am trying to address a larger issue here. No one has ever even discussed whether standing when a judge enters court is okay or not; whether for the judge, honourable court or justice system. No one tells his or her Chairperson that he or she will not stand, and that respect for him or her is in the heart. No parent tells the school principal that his child should not be forced to stand when the teacher speaks to him or her or when the teacher enters the classroom.

For all the people who nitpick and constantly mouth the refrain that “we must not be forced to stand for the anthem”, I have a request. Next time you go for a parent-teacher meeting to your child’s school, do let the principal know what you feel about your child standing when the teacher enters the classroom.

When we feel that we could be held to account by a higher authority for any perceived infringement, we bend backwards to please. Or whatever that higher authority requires. Where is our outrage then? Have we reserved our outrage and objections for national symbols, or “soft targets” that cant hit back? Have we no moral courage?

The Indian Express wrote about my tweet, presenting a one-sided story. Oh, how the mighty have fallen! The one-time crusaders of all that was right and moral, who made governments shudder with their editorials, are now writing articles about a one-time Major and his Tweet. ABP News was a little more balanced, giving voice to counter-narratives.

This led me to a simple conclusion. People who scream “freedom of expression” are extremely wary of giving someone else with divergent views, the same freedom. If you don’t agree with them, Twitter-hell is your destination.

So, why did I tweet what I tweeted? Its not complicated, unless you want it to be. People get upset when you talk about religion and its symbols. They react. When you give the same importance to the nation and its symbols as you do religion, you will have understood what I was up to that night during the debate.

Let me further simplify it. You take off your shoes when you enter the temple. You don’t enter with your shoes and tell the priest that you have respect for God in your heart…so please don’t kick up a shindy about my shoes.

Many veterans disagreed with me. I respect their point of view. But one luminary said that he had put in more service than me and that was why his point of view was right. Right or wrong, good or bad, has nothing to do with age. We are men, not mango pickle. We don’t necessarily get better with age.

You don’t have to wear a uniform to be a patriot. But you must love your nation and its symbols to be a patriot. So, stop these zero-investment intellectual gymnastics from the safety of your social media accounts.

We must learn to separate the government from the nation. While our relationship with the government may be transactional, our relationship with our nation is anything but. The ashes of our forefathers are part of the heat and dust of India. The symbols of this nation are our roots that bind us, mostly with love and sometimes with duty. And trees with the weakest roots fall first.

Like it or not, this is a global world only on social media. You might use terms like “global citizen” for yourself, but that just means you have more frequent flier miles than the next person.  You still need a visa to enter a country. We have borders. You may not like it, but those borders must be guarded. That man who guards the border believes in a cause. And he believes in it deeply enough to stand in harm’s way while I send a Tweet in the middle of a debate, or you snuggle up with coffee and sit in judgment.

A soldier is not better than and teacher or a trader. But he is equally important. And so are the values he holds dear.

And freedom is not free.