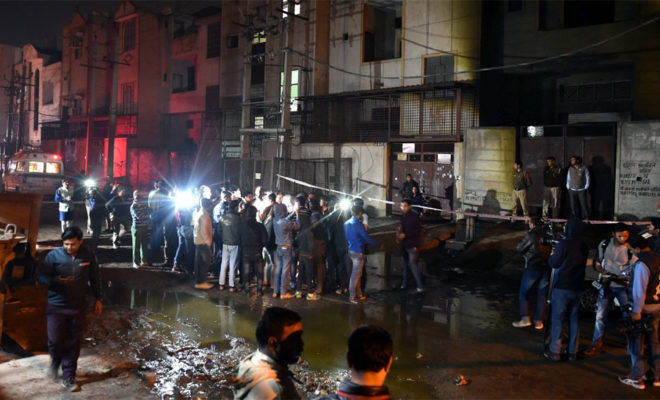 Preeti Aggarwal, the Mayor of North Delhi, has courted a controversy after she was caught on camera cautioning the officials from speaking against the firecracker factory blaze in Delhi’s Bawana Industrial Area in which 17 people were killed and many injured on Saturday.

In the video, which is now being widely shared on the social media, the mayor is believed to be cautioning the officials from saying anything on the matter as the factory was registered with the North Delhi Municipal Corporation (NDMC).

Aggarwal, who had visited the spot to take stock of the situation, was heard telling officials before talking to ANI, “Is factory ki license humare paas hai, isliye kuch nai bolna. (The license of this factory is with us, so we should not speak against it.)

The Arvind Kejriwal-led AAP government has grabbed the opportunity to attack the BJP, which controls NDMC and said that a thorough probe would be conducted into the matter.

Delhi Chief Minister Arvind Kejriwal yesterday said the matter will be fully probed on how the licence was given, who gave the licence and how the incident happened.

The Delhi BJP chief, however, hit back, saying the AAP should apologise for spreading lies against his party.