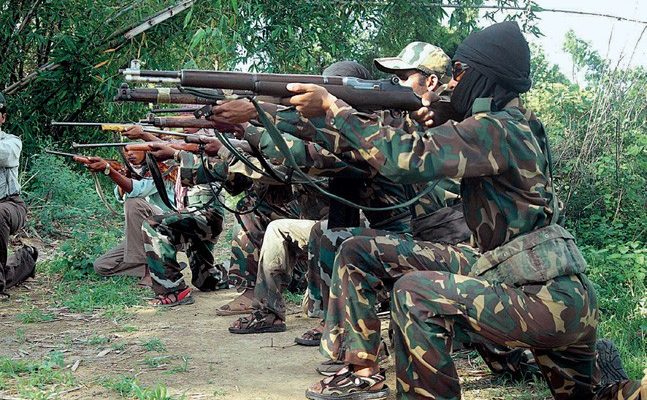 The country’s first tribal battalion is all set to join the anti-Naxal operation. This CRPF battalion recruited from the worst Maoist-affected region of Bastar is going to take part in the Passing-out Parade on Monday.

Though the sanctioned strength of this innovative battalion named “Bastariya Battalion” is 743, yet in the first phase as many as 739 candidates were selected in a special recruitment drive from mid-October 2016 to late January 2017, conducted by the CRPF in the Bastar region.

The soldiers were recruited from the four highly Naxal infested Bijapur, Dantewada, Narayanpur and Sukma districts of Chhattisgarh.

Passing-out Parade of this battalion exclusively meant for tackling Maoist menace will be held at Ambikapur in Chhattisgarh. The “Bastariya” jawans will be deployed in core area to add teeth to the anti-Naxal operations of CRPF in the Naxal-infested Bastar division of Chhattisgarh.

“Another remarkable feature of the battalion is its adequate female representation which is in sync with the Government’s policy of 33 per cent reservation for women,” said a statement issued by the Union Home Ministry on Sunday.

A total of 534 candidates, including 189 female recruits underwent a specialised training at ATC Bilaspur and ATC Ambikapur spanning over 44 long week.

The training included guerilla warfare, camouflage, living off the land and all those tricks of the trade that involve jungle operations.

“These jawans, after the Passing out Parade, will be deployed in the core areas of Chhattisgarh to fight the naxals alongside the normal GD Battalions and CoBRA Battaiolns of CRPF,” said the Home Ministry in a statement.

The “Bastariya Battalion” that came into existence April 1, 2017, has been created to enhance local representation in CRPF’s combat lay-out in the Bastar area besides providing the ‘Bastriya’ youths a full-proof platform for employment. Accordingly, its recruitment process too carried some unique features.

For giving chance to tribal population in the force, CRPF had waived off many educational and physical standards to recruit members to this exclusive battalion. “While the physical standards of height and weight were relaxed to give a fair chance to the local aspirants, CRPF also walked yet another extra mile to provide pre-educational and physical training to the local youths through Civic Action Programmes so as to maximise their ability and eligibility for induction into the special  formation,” said Home Ministry.

Armed with about a year’s rigorous training and so many years of geo-spatial experience of their own soil, these combat-ready jawans of CRPF are all poised to switch from their training ground to the battle ground in Bastar.

Sitaram Singh
← Previous Story Fearing Legal Action against her Journalist “chickens out” when asked for Video proof
Next Story → Order from Vatican? Archbishop Launches Campaign against Modi to stop him from becoming PM in 2019