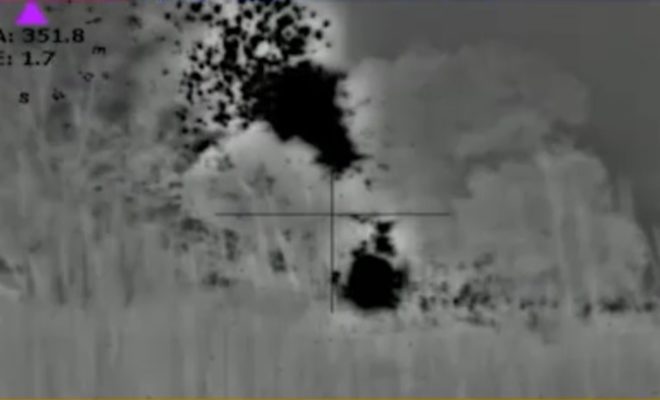 Republic TV has accessed exclusive visuals of the Indian Army giving a fitting reply to Pakistan and destroying its bunker.

Watch the thermal images of the attack in the Below video.

In the thermal video, Pakistan’s bunker can be seen under attack.